From the Azurilland Wiki, a database for the Pokémon series that anyone can contribute to
(Redirected from Viridian Gym)
Jump to: navigation, search

Giovanni used to be the Gym Leader of Viridian City. He trains Ground-type Pokémon. Later after his rematch with Red, after that he was replaced with Blue/Green. So Now Blue is the Gym Leader. He doesn't specialize in any type, though in Red, Blue,and Yellow, most of his pokémon are Ground-Type. 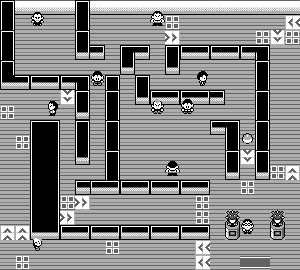 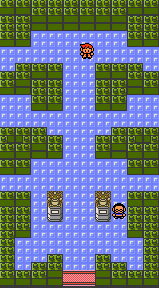 This time around there were no tricks to the Gym like Olivine Gym. It's just a straight path to the Gym Leader 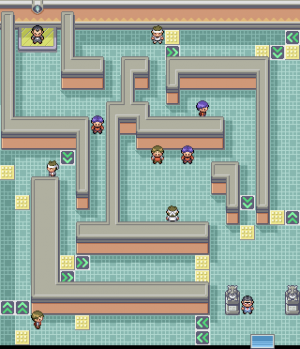 Viridian Gym in Firered and LeafGreen

For Generation IV, this Gym was more challenging than it was back in Generation II. Not only have the slide tiles returned, but you had to challenge trainers as well.