From the Azurilland Wiki, a database for the Pokémon series that anyone can contribute to
Jump to: navigation, search
← Tornadus | Thundurus | Reshiram →

Thundurus (Japanese: ボルトロス Voltolos) is an Electric/Flying-type Legendary Pokémon first introduced in the Generation V games Pokemon Black and White. It is also a Pokémon that is only a male. It is somehow related to Tornadus and Landorus. It is a version exclusive for Pokémon White.

Thundurus does not evolve.

Thundurus and its brothers appeared in BW061 and BW062. 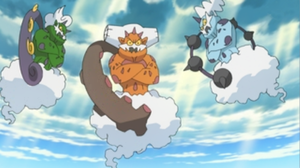 The Kami Trio in the anime 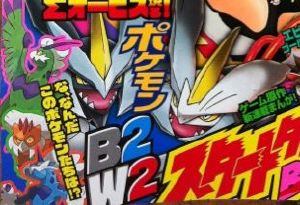