The Skyarrow Bridge is one of the three main bridges linking eastern Unova to central Unova. It is held up by four supporting towers and is the longest bridge in the region, connecting to Pinwheel Forest and Castelia City. When going over the bridge, the camera will display different angles, and when going up the spiral ramp, all the player has to do is continue straight forwards. The angle will change to being behind the player when doing so. 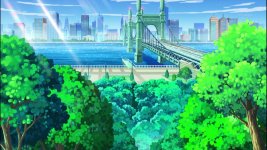 Skyarrow Bridge in the anime. 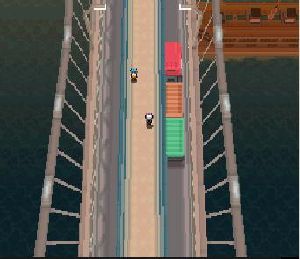 A truck under the bridge.
Retrieved from "https://pokemon.gamepedia.com/index.php?title=Skyarrow_Bridge&oldid=340578"
Category: