Shadow Ball is a Ghost-type move introduced in Generation II that has a 10% chance to lower the target's Special Defense by one . When using it, a Pokemon creates a dark purple ball in front of its mouth (not all Pokemon), then the shadowy ball is fired at the opponent. 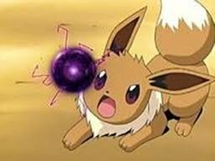