From the Azurilland Wiki, a database for the Pokémon series that anyone can contribute to
(Redirected from Route 202)
Jump to: navigation, search
← Sinnoh Route 201 | Routes | Sinnoh Route 203 →

Route 202 is north of Sandgem Town and south of Jubilife City. At this route, players will encounter their first battle against Trainers.

After you told your Mum about your adventure, head to Route 202 and Dawn/Lucas will teach you how to catch a Pokémon. After that, he/she will give you 5 Poké Balls for free. You can now catch your favourite Pokémon and start collecting it to make a strong team!

You will encounter your first trainer at Route 202. You can avoid those trainers, but it is best to battle them to earn precious experience and cash. 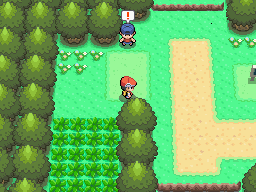 Some Pokémon can be found in different time of the day. For example, on Route 202, Kricketot can only appeared in the morning and night. It does not appear in during the day. So if you want to catch the Kricketot, make sure you play during that time. You can also change the time on your Nintendo DS to catch it. 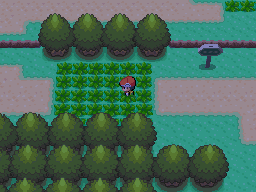