Pokémon Battle Revolution plays out in a Pokémon theme park known as Pokétopia. Players must pass through ten colosseums to reach their goal of becoming the Pokétopia Master. These stadiums include new features, such as different play styles in which the order of Pokémon are randomized or you are forced to play with some of your opponent's Pokémon. 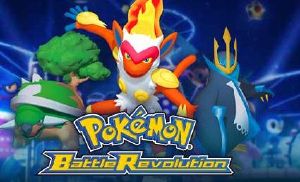 Copying Pokémon allows the player to hook their DS up the Wii and copy Pokémon from the DS game to Battle Revolution. The copied Pokémon can then be used in free battles and some Colosseums. All Generation IV games (Diamond, Pearl and Platinum, HeartGold and SoulSilver) can be used in conjunction with Battle Revolution.

As stated above, there are 11 Colosseums in the game. Each Colosseum has a unique feature that sets it apart. Here is the list: