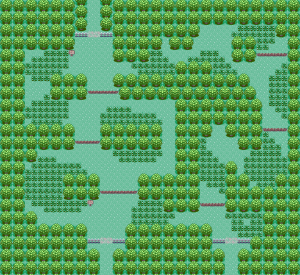 Petalburg Woods is a forest in Hoenn located on the outskirts of Petalburg City. This is the only place to catch Slakoth. A Team Aqua or Team Magma grunt with a Level 9 Poochyena attacks a person working for Devon Corporation here.