From the Azurilland Wiki, a database for the Pokémon series that anyone can contribute to
Jump to: navigation, search
File:Neesha M01 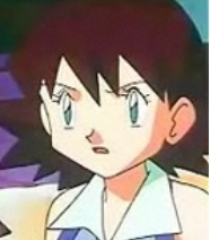 Neesha is one of the Pokémon Trainers that appeared in Pokémon the First Movie: Mewtwo Strikes Back. Like the other trainers, she received an invitation to meet the "best Pokémon trainer in the world" at New Island.

Because of a storm, Officer Jenny would not let them travel, so she and other trainers used their Pokémon to cross the sea. She used her Dewgong to do so.

As seen in the Movie: