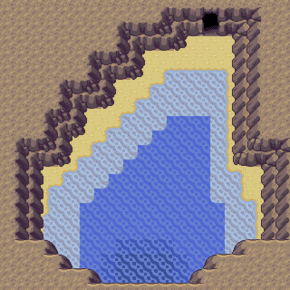 After defeating the Elite 4, go to the Weather Institute and a scientist will say "Presently heavy rainfalls was at..." It will either be Route 105, 125, 127, or 129. The scientist might say something about the drought. If you are not quick enough to get to the Marine Cave, it will eventually move away. Kyogre is the only Pokémon found in the Marine Cave. If you caught Groudon at the Terra Cave, there will never be droughts again.