From the Azurilland Wiki, a database for the Pokémon series that anyone can contribute to
(Redirected from MS006)
Jump to: navigation, search
← MS005: Pokémon - Heroes: Latios and Latias | Pokémon Movies | MS007: Pokémon - Destiny Deoxys →

Jirachi: Wish Maker (Japanese: 七夜の願い星 ジラーチ' Wishing Star of the Seven Nights: Jirachi; Official: Wishing Star of the Seven Nights) is the first Advanced Generation movie, and sixth of all Pokémon movies. It was first shown in Japanese theaters on July 19, 2003. It was released on video and DVD for North American audiences on June 1, 2004 distributed by Miramax Films.

The plot centers on Team Rocket and their newest base. The Pokémon of Team Rocket had managed to successfully captured three Whismur, which were to provide entertainment to Giovanni when he arrived. To force the Whismur to cooperate, Meowth had a baton that, when a switch was pressed on the end, made Pokémon dance uncontrollably.

Meanwhile, Pikachu, Treecko, Torchic, Mudkip, and Lotad stumble upon the base, and attempt to free the Whismur. One of the running gags in the short is how the dancing Baton is activated or deactivated by accident, which leads to the accidental destruction of the base. Eventually, a Ludicolo and a Loudred are also involved.

The story revolves around the Millennium Comet, which appears in the night sky for seven days once every thousand years. It is, at the same time, when the legendary Pokémon Jirachi awakens from a long slumber to absorb the comet's energy. This energy, in turn, is released into the Earth itself, making an area known as Forina grow. This time, however, a magician known as Butler, along with his longtime girlfriend Diane, unearth the stone that had encased Jirachi, and take it away from Forina.

Meanwhile, in celebration of the Millennium Comet appearance, Ash Ketchum and company arrive at a wide crater which is where the festival of the Milennium Comet is meant to be. They then decide to wait until morning and go to slee 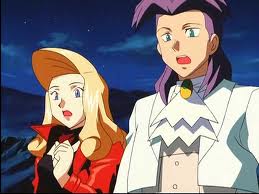 p. While they're sleeping, the festival arrives. Pikachu, Ash's companion, wakes up and wakes all the others up and they watch the festival being set up. At the festival, May buys a seven-panelled novelty that is said to grant a person one wish if a panel is closed for each night the comet appears and is visible in the sky. When Ash and Max accidentally volunteer for one of Butler's magic tricks because Max hears a voice coming from the rock Diane is holding, and runs down to the stage, Max is introduced to Jirachi, 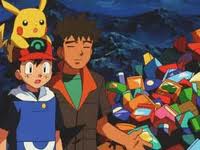 who Max hears talking even from inside of the rock. Butler lets Max take the rock which hatches into Jirachi later that night. To test his wish granting ability, Max wishes for candy, lots of candy, and once it appears it is revealed that instead of creating the candy Jirachi teleported it from a stall in the festival.

The intentions of Butler are soon revealed: he was a former scientist for Team Magma, who was seeking to resurrect the legendary Pokémon Groudon. Butler had devised the perfect system, but could not find the necessary amount of power. To this end, he had hoped to use the energy Jirachi absorbed for his own purposes. Seeing this danger, an Absol, whose presence usually indicated impending disaster, takes Diane and Jirachi, along with Ash and friends, back to Forina. Unbeknownst to them, Butler had set a trap once they returned to where Jirachi was found, and manages to capture Jirachi.

He attempts to harness Jirachi's power, but is interrupted inside the tent by Ash and his friends. With the help of Diane they take Butler's bus to Forina so that Jirachi can go home. Butler's Mightyena places a tracking device on the bus as it's leaving. As Ash and his friends travel along a bumpy terrain, the device falls off, but

Butler still discovers where they are going. He follows them there, once again steals Jirachi, and tries to take his power again. When Butler sets his plan in motion, however, a fake Groudon is created instead and begins to turn Forina into a wasteland, absorbing the life force of virtually every living creature in sight. When Diane is absorbed by Groudon, Butler realizes his longtime relationship with Diane is what was important, and, with Ash and Max's help, is able to reverse the process, causing Groudon to meltdown and die. 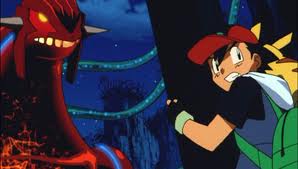 Eventually, Jirachi reabsorbs the energy used to create Groudon, and leaves for another thousand years of slumber. May, in all the excitement, forgets to close the last panel of her novelty, but simply brushes it off. Though she never reveals just what she wished for, she is confident it will come true. As the group leaves, Max hears Jirachi's voice saying that they'll be best friends forever.