From the Azurilland Wiki, a database for the Pokémon series that anyone can contribute to
Jump to: navigation, search
← MS002: Pokémon The Movie 2000 - The Power of One | Pokémon Movies | MS004: Pokémon 4Ever - Celebi: Voice of the Forest →

Pokémon 3: The Movie (劇場版ポケットモンスター 結晶塔の帝王 ENTEI Gekijōban Poketto Monsutā Kesshōtō no Teiō ENTEI literally Pocket Monsters the Movie: Emperor of the Crystal Tower ENTEI; officially POCKET MONSTERS Lord of the "UNKNOWN" Tower in Japan) is the third feature-length Pokémon movie. The original Japanese version was released in theaters on July 8, 2000, and the English adaptation, entitled Pokémon 3: Spell of the Unown was released on April 6, 2001. This adaptation was produced by 4Kids Entertainment and the last one distributed by Kids' WB and Nintendo. Kids' WB is just a TV programming block, not a movie studio.

Like its predecessors, it is preceded by a 20-minute short film titled Pikachu and Pichu, which marks the debut of the mischievous Pichu Bros., who help Pikachu reunite with his trainer after being separated (without Ash even knowing, due to him preparing a party to celebrate the day Pikachu and he first met).

It was also the last Pokémon movie released theatrically in the UK, in Sweden and in Latin America.

According to IMDB, the movie was released before the airdate of "The Totodile Duel" episode on Kids' WB (5 May 2001). This created continuity errors for the audience, such as Ash suddenly having a Totodile and a Noctowl and Misty having a Poliwhirl instead of a Poliwag.

Ash, Misty, and Brock drop their Pokémon off on a park on top of a building while they set up something secret, Ash explaining they'll be back at exactly 6:00 pm. Pikachu takes interest in a pair of Pichu on an opposite skyscraper, but gets into trouble when he is attacked by Murkrow, falls off a pole, hops across a line of Hoppip and then sends Meowth (who is window cleaning) flying into a billboard, before joining the Pichu Bros. The Pichu tell Pikachu they can get him back to his friends but instead they go off towards their hideout, 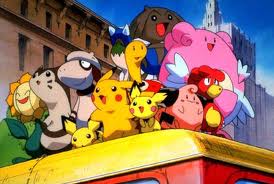 Pikachu, the Pichu bros. and other Pokémon

going on a wild ride across the city. On the way they upset a Houndour who chases the three, but they escape when a Snorlax rolls over on it, crushing it. Pikachu, Pichu, and the hideout's other Pokémon residents play at the hideout but Houndour returns, causing mayhem for them. The hideout becomes unstable and threatens to collapse, but the Pokémon all work together to save it. Then Pikachu realizes it is nearly six o'clock and he and the Pichu race back to the building just in time. The Pichu Bros. bid farewell to Pikachu and head off. Ash, Misty and Brock return and reveal to the Pokémon that they planned a surprise party for them, because it is the anniversary of the day Ash and Pikachu first met. As a token of their friendship, Ash passes his hat down to Pikachu. The movie ends with the narrator musing over how Pikachu both met Ash and the Pichu on the same day and how they may meet again.

Spell of the Unown[edit | edit source]

Professor Spencer Hale, once one of Professor Oak's top students and a good friend of the Ketchum family, is obsessed with discovering the secret behind the mysterious glyph-like Pokémon called Unown. One day while investigating some ruins, he disappears after encountering the enigmatic creatures, leaving his only daughter, Molly, alone and lonely back at his mansion. When a shipment of tiles from the ruins arrive at the mansion, the girl's depression and desire for companionship invokes the Unkown trapped within them. As Molly wishes, they 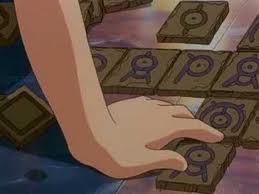 use their reality-warping powers to seal off the mansion and the surrounding valley of Greenfield in crystals and create an image of the legendary Pokémon Entei to stand in for her father. When Molly wishes for a mother (who had also vanished), Entei kidnaps Ash's mother Delia and brainwashes her into thinking she is the girl's mother, prompting Ash to charge head-first into the mansion on a rescue mission to not only save Delia, but also everyone else from the increasingly destructive powers of the Unown, who are more and more manipulated by Molly's impulses and feelings, crystallizing more and more of the environment within the mansion's vicinity. Molly notices that Ash, Brock, and Misty are trying to enter the mansion. Delia sees this too and when she sees Ash, she snaps out of her trance. Molly proceeds to deal with the intruders by approaching them with a projection of sorts. When Brock says that she is too young, Molly "makes" herself older with Entei's power. Brock then challenges her first to a Pokémon battle, but loses to her own versions of super-powerful Pokémon, 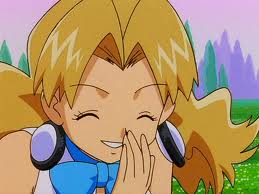 called Crystal Pokémon, created by Entei. Ash and Misty are about to head up the second set of stairs when they are encountered by the older Molly again, but this time Misty takes her challenge. Surprised that Misty is old enough to be a Gym Leader, Molly readjusts her age to match Misty's. She also changes the arena to an underwater setting, but even with the new advantage underwater, Misty still loses to Molly's Crystal Pokémon. Climbing the final set of stairs, Ash finally finds Delia with the real Molly, who is sleeping.

Delia is surprised to see Ash and with him, tries to convince Molly to leave and return to reality. However, Ash is then confronted by Entei who viciously defends Molly's feelings. Forced into battle, Ash uses Totodile and Cyndaquil against Entei but the two are ill-matched against the legendary Pokémon. Pikachu is not as easily defeated, and puts up a valiant fight against Entei. Ash's Charizard, who had seen Ash in trouble on Liza's television earlier and decided to help, returns from the Charicific Valley to save Ash and Pikachu after Entei sends them flying. Ash then mounts Charizard as Entei engages them, and a spectacular battle erupts. Charizard, having been training at the Charicific Valley, proves to be an equal match for Entei and the two Pokémon throw everything they have at each other. At one point, Ash tries to talk Entei out of fighting to do what's best for Molly, but Entei persists. Just as Entei is about to unleash a powerful blast at point blank range to finish Charizard off for good, Molly stops him, and decides she wants to live in reality again.

However, the Unown start to lose control of their combined Psychic powers after having fed off so much of Molly's feelings. Entei is forced to attack his creators in order to restore peace. With help from Pikachu and Charizard, Entei manages to penetrate the Unowns's shield and then stops their spell by hitting them with a blast of bluish-white energy. Entei bids farewell to Molly, telling her to keep him close in her dreams as he fades away. The Unown return to their dimension, releasing Professor Hale into the ruins he disappeared from. The group go outside and find that Greenfield has returned to normal. Team Rocket, trapped up in a tower with Wobbuffet for the duration of the movie, announce that they can attempt to be heroes next time and bid farewell with a cry of "Team Rocket's fading out again!"

In the credits, Charizard leaves to return to Charicific Valley, and Molly acquires a real Teddiursa along with the return of her mother and father.

Pokémon 3: The Ultimate Soundtrack is the soundtrack to the third series and the movie. Many of the songs were featured on the Totally Pokémon album, but as that was not released outside of America and Australia, this soundtrack gave European fans a chance to own the music. In Australia, some copies of the CD were released with a bonus disc of the musical score of Pokémon: The Movie 2000 (which was also released as a separate disc worldwide), Pokémon The Movie 2000 Original Motion Picture Score.[citation needed] The Japanese and English-language soundtracks contain different tracks.

The second track, "To Know the Unknown" was performed by girl group Innosense. Tracks 13 to 15 are karaoke versions. The CD also features two Pokémon videos, the Pokérap and a scene from the film, which are accessible upon insertion of the disc into a computer.