Lumiose City (Japanese: ミアレシティ Miare City) is a large metropolis situated near the center of Kalos. The city is known for the large tower in the center of the city. Lumiose City is large enough that the player can ride a Gogoat around.

The city is based off of Paris, France, with the large tower seen in Lumiose being based off of the Eiffel Tower. 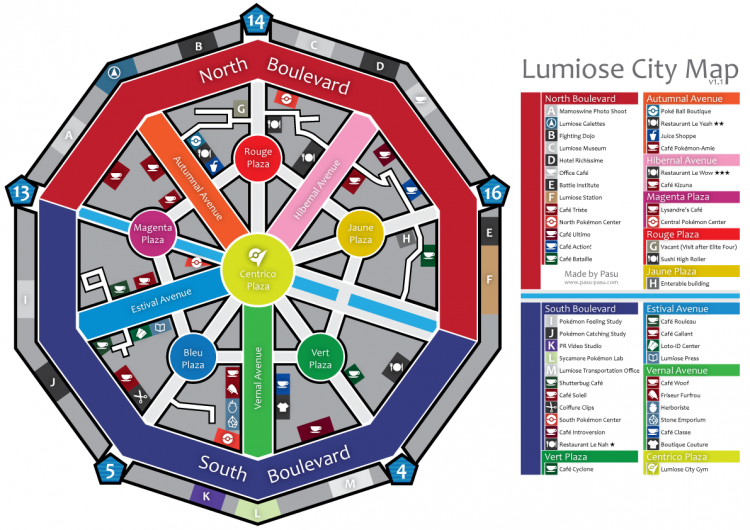 When the games originally were released, there was a bug in the game that if you saved in certain locations, when you started playing again, you woud be unable to move. While the glitch was fixed in a later update of the game, Nintendo did release a map of locations where it was known the glitch could occur. 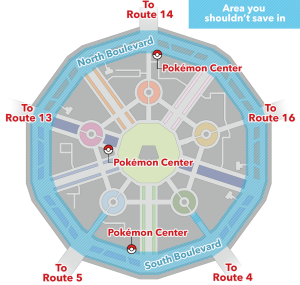 A map of areas known where the glitch was able to occur.