As in other regions, the Kanto region holds a number of Gyms located throughout the area. In the Generation I games and their remakes there are a total of eight Gyms. In the Pokémon Anime, the main character Ash, battled at eight Gyms as well. However, as seen with several characters' Badges, there were other unidentified Gyms that were not shown.

The Pewter Gym (Japanese: ニビジム Nibi Gym) is a pokémon gym in

the Kanto region. It is located in Pewter City and the Leader is Brock. He is a user of Rock-type Pokémon. 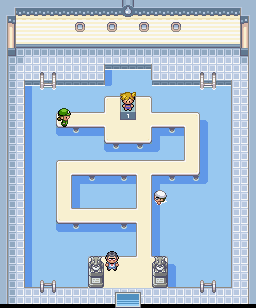 Cerulean Gym in FireRed and LeafGreen

The Cerulean Gym (Japanese: ハナダジム Hanada Gym) is a pokémon gym in the Kanto region. It is located in Cerulean City and the leader is Misty. She is an user of Water-type Pokémon. 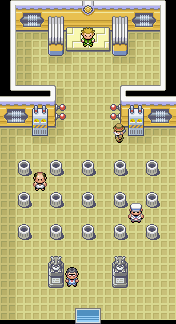 Vermilion Gym in FireRed and LeafGreen

The Vermilion Gym (Japanese: クチバジム Kuchiba Gym) is a pokémon gym in the Kanto region. It is located in Vermilion City and the Leader is Lt.Surge. He is an user of Electric-type Pokémon. 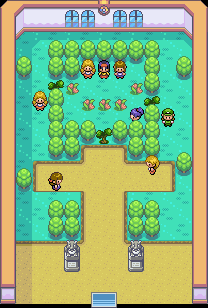 Celadon Gym in FireRed and LeafGreen

The Celadon Gym is located in Celadon City. The leader is Erika and she gives out the Rainbow Badge and uses Grass-type Pokémon as her speciality. 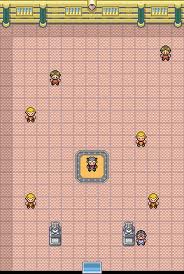 The Fuchsia City gym is in Fuchsia City. The leader is Koga/Janine and focuses on the Poison-type.But the player must be careful because there are invisible walls in this gym. 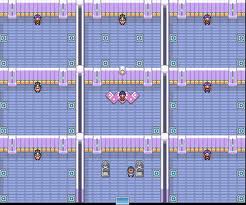 Saffron City's Gym Leader is Sabrina, who uses Psychic-type Pokémon.There are teleporting tiles that the player must use in order to get to the gym leader. 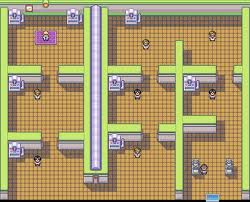 The Cinnabar Island Gym leader is Blaine, he gives out the Volcano Badge, he uses Fire-type Pokémon. In Gold, Silver and Crystal, the volcano on Cinnabar Island was destroyed say for the Pokémon Center so Blaine had to relocate to the Seafoam Islands. In HeartGold and SoulSilver his Gym was redesigned and had trainers. 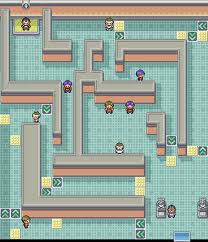 Viridian City's Gym Leader, in Blue, Red, And Yellow, is, somehow, the Team Rocket leader Giovanni, who uses Ground-type Pokémon. In Heartgold, Soulsilver, Gold, Silver and Crystal versions; the leader is Blue who uses all types of Pokémon.