From the Azurilland Wiki, a database for the Pokémon series that anyone can contribute to
(Redirected from Johto Battle Frontier)
Jump to: navigation, search 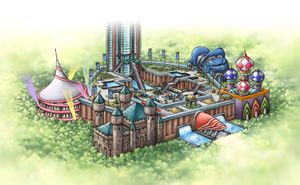 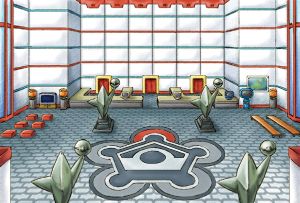 The Battle Tower is one of the Battle Frontier facilities in Sinnoh. It is a standard 3-on-3 battle. The more wins you get, the harder the opponents get. 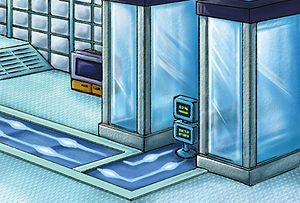 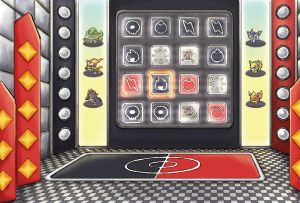 The Battle Arcade is a new challenge. It is a standard 3-on-3 battle, but there is a catch. Prior to battling an opponent, the player must spin and stop a gameboard via the touch screen. The space that the player lands on determines the effects of the battle. The effects can affect the player, the opponent, or both; depending on which space they landed. The more wins you get, the harder your opponents get and the faster the board goes. 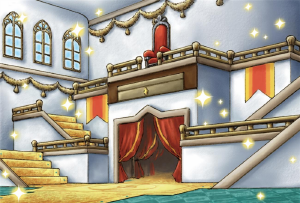 The Battle Castle is a facility featured in the new Battle Frontier, and is situated in the south-western corner. In the Battle Castle, the player must fight 7 trainers in a row, with the prerequisite being that all hold items must be removed prior to entry. Trainers are also limited to using only 3 Pokémon, all of which have had their levels reduced to level 50. 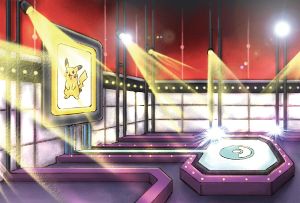 You choose the type of your opponents. Every time you beat a type, the opponents' rank goes up. This makes them smarter have a higher level, and higher stats.