From the Azurilland Wiki, a database for the Pokémon series that anyone can contribute to
Jump to: navigation, search
← Trubbish | Garbodor | Zorua →

Garbodor (Japanese: ダストダス Dasutodasu) is a Poison-type Pokémon first introduced in the Generation V games Pokemon Black and White. Garbodor is based off of a broken garbage bag.

Garbodor can learn Sludge Bomb and Gunk Shot, among others.

Garbodor has what seems to be a broken trash bag on the top of its head, with two attena like objects sticking out. 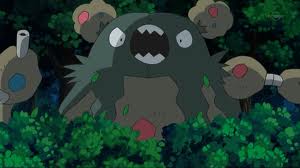 Garbodor in the Anime

Garbodor is the evolved form of Trubbish as of level 36.