From the Azurilland Wiki, a database for the Pokémon series that anyone can contribute to
Jump to: navigation, search
← Vibrava | Flygon | Cacnea →

Flygon (Japanese: フライゴン Flygon) is a Ground/Dragon-type Pokémon introduced in Generation III. Drew from the anime has a Flygon. In Pokémon Emerald, it appears in the movie-type animation when you start up the game followed by several other Pokémon.

Flygon can whip up sandstorms to protect itself. Its wings seem to be "singing" when they are flapped. Also, Flygon's eyes are protected from sand by red membranes. Flygon can also learn moves like Sand Tomb and Earthquake.

Flygon has the ability Levitate, which makes all Ground-type moves ineffective.

Most Flygon belong to trainers, but some can be found in deserts. In the video games however, it is impossible to find a wild Flygon.( Unless you use a cheat on your game.) 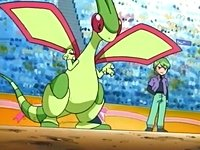 A Flygon in a battle 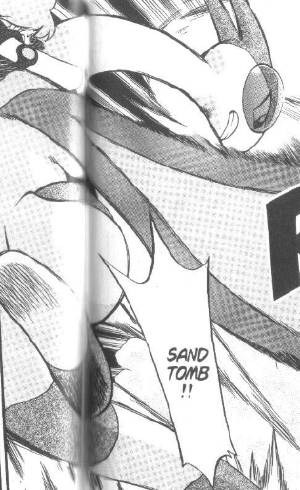 Flygon in the Pokémon Adventures Manga

It is briefly shown that Wally uses a Flygon.

Flygon's first appearance was in a flashback in the episode Delcatty Got Your Tongue? Another Flygon was in the movie Jirachi: Wish Maker, where it helped save Jirachi. Drew has a Flygon, and it debuted in the episode Rhapsody in Drew.

Flygon is the final form of Trapinch, and is the evolved form of Vibrava as of level 45.

Flygon's name comes from the word "Fly" and "Dragon", reorganizing the word "Dragonfly".