Battle Subway is a feature in Pokémon Black and White that is a circular station, which is the only way enter Anville Town. The Battle Subway has one active line; however, there are signs of at least 5 different lines. 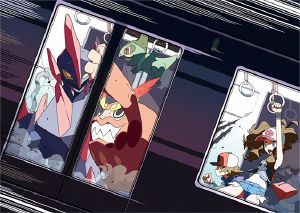 A subway where players can participate in seven battles at a time. If the player wins all seven battles they can earn battle points and exchange them for various gifts. There are three battle modes: single, double and multi-battles. There are two lines for each. In multi-battles players can team up with a friend wireless connection or with an in-game character (which is the opposite gender of your player). In all of the battle modes, each Pokémon the player faces is Level 50. There is one Trainer per train carriage or two trainers if you go on the Multi Line. On every line (except for the Brown Line and the Light Blue Line, which is the Wi-Fi Line) you win 21 or 49 battle consecutively, a Subway Boss will challenge the player with a very diverse and challenging team. Subway Boss Ingo challenges the player on the Single Battle lines, Subway Boss Emmet challenges the player on the Double Battle lines and both Subway Boss Emmet and Ingo will challenge you on the Multi Lines. 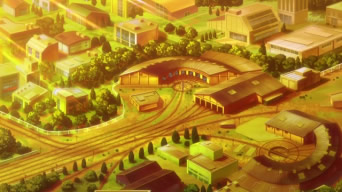 Battle Subway in the anime

The circular station is used by players as a place to level up their Pokémon without battling, because the Player can level the buttons on the DS pressed down so that the character runs continuously around the circular room. When this is performed when Pokémon are in the day-care, they will continuously gain experience, allowing players to leave the DS like this and let the Pokémon level up without effort.

In the anime, the Battle Subway is much larger and has multiple lines, such as the Nimbasa City line.